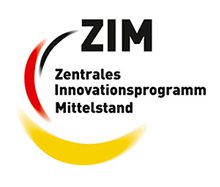 Tick and diseases transmitted by them are causing an increasing amount of problems in Germany as well as Central Europe.  In recent years a significant increase in tick population has been observed in urban parks and gardens.  The common tick is a carrier of various serious diseases e.g. borreliosis and tick-borne meningitis.

The aim of the project is to develop a biological product to control ticks.  The basis in achieving this will be the useful effects of CO2 and other specific products luring (Attracting) and aggregating pheromones for ticks.  These substances are released in a controlled manner through a capsule-based biopolymer system.  The described capsule system is also coupled with a kill component, in particular from the naturally occurring entomopathogenic fungus which kills the attracted ticks.

This innovative concept for fighting the parasite is called attract-and-kill strategy.  The product is intended to protect gardens, golf courses and recreational areas as well as areas generally accessible to the public, and prophylactically protecting forest paths and roads.