Ticks and tick-borne diseases are a growing problem in Germany and across Central Europe. In recent years, there has been a significant rise in the tick population in city parks and public gardens. Especially the common tick (Ixodes ricinus) is a vector of many serious diseases in humans, including Lyme disease and tick-borne encephalitis.
The project is aimed at the development of a biological tick control agent. The basis for formulating an innovative control agent is the tick-attracting role of CO2 as well as other specific attractants and aggregation pheromones released in a controlled manner by biopolymer-based capsule systems. The capsule systems are additionally provided with biocidal components, mainly a naturally occurring entomopathogenic fungus which effectively eliminates attracted ticks.
This novel concept for tick control is referred to as the “Attract-and-Kill” strategy. The product is designed for the protection of gardens, golf courses, public outdoor areas, green utility areas, and the barrier protection of forest paths.

Project support:
Federal Ministry for Economic Affairs and Energy (BMWi) pursuant to a resolution passed by the German Parliament 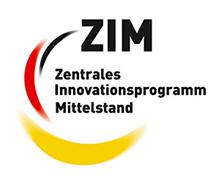 BIOCARE is a member of: