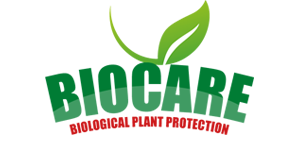 The resulting yield drop in potato production can be up to 50%. However, a more significant aspect is the decline in crop quality, as traders usually reject potato batches if the percentage of damaged tubers exceeds 5%.

Wireworms are also important pests of sugar beet and cereals. Traces of larval feeding can be found especially on the underground parts of plants and their roots. However, signs of damage are also seen on the above-ground plant parts, near the soil surface. The main periods of feeding activity of wireworms are from April to mid-May, from the end of June to mid-July, and from mid-August to October. Adult insects feed on plant sap, pollen and nectar.

Depending on the species, females lay from 80 to 300 eggs at a soil depth of 6 cm, between June and July. They prefer sites with a protective plant cover, such as perennial grass-clover leys, grassland, fallow land or weed-infested cereal crops. Larvae hatch about a month after the laying of eggs, in July/August. Depending on the weather conditions throughout the year, the entire lifecycle of wireworms ranges from 3 to 6 years.

Especially under conditions of persistent drought, larvae look for water-rich potatoes as food sources, and chew tunnels 2 to 4 mm wide.

Larvae are able to survive without food for up to a year. As they mature, the scale of damage increases. Larvae pupate in the last year of their larval state, in mid-summer, in soil layers located at different depths depending on the species. Beetles hatching a week or two later overwinter primarily in the ground. Starting in March, they become active again, and reproduce usually in May, less commonly in the summer.

How can you identify wireworms?